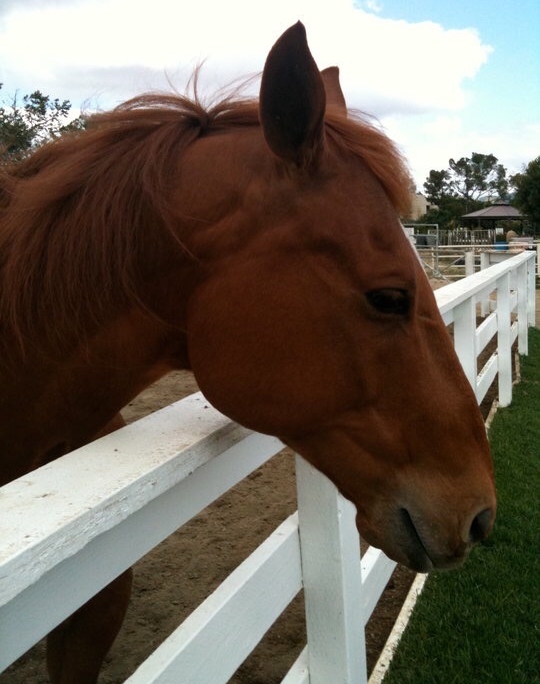 The hauler picked him up April 17th and even though he was still my horse, I wasn’t going to be feeding Huck carrots very often anymore. The fact is, it would take me over eight hours to drive to Jack and Judy’s ranch in Clements in Northern California. It was hard to say goodbye. So I didn’t. Over the next few months, Judy and I exchanged texts and calls about Huck’s diet (Weight Watchers needed) his social life (Have Mares, Will Posture) and his abiding love of carrots. I figured sooner or later, I’d take off for the weekend and see my sorrel with his new pasture pals.

Huck came down with a bacterial infection known as Pigeon Fever, also known as Dryland Distemper, caused by Corynebacterium pseudotuberculosisand and had to be put down on Saturday.

In my shock and sadness, I spent the weekend reading about the bacteria that live in the soil and can enter a horse’s body through mucous membranes or be transmitted by flies and that can cause swelling and external and internal abscesses. Most of the time, horses come out of it unscathed, but Huck’s fever spiked as high as 105 and the infection spread. Judy, the vets and the staff at Pioneer Equine did everything in their power to help him heal. For whatever reason, he couldn’t fight it.

I never did get to say goodbye.

Though I wasn’t with him during this time, Huck was always with me. For eight years, I drove to Burbank where he lived at J. Bennett Farms in Stall 14 at the Los Angeles Equestrian Center, which for a horse is basically The Four Seasons. Wednesdays and Fridays I rode Huck. During those times some extraordinary things took place. For one thing, my confidence blossomed. It’s not like I was an insecure person before I owned him, but the experience of bonding with an animal as personable and patient as Huck just gave me a unique perspective. As Mike Chipko, the man who found this amiable horse for me often says: The World Looks Different From the Back of a Horse.

Being a mom, which is equal parts rewarding and frustrating, is also a role that can rob a woman of time and her passions outside of her family. I love my family with all my heart. But I also loved that horse. He knew my moods and kept me on my toes. He was the laziest horse in the barn yet he could buck like a bronc when he was feeling good.  He played ‘follow the leader’ when my youngest was a little kid, helped a teenage girl who didn’t own a horse to win a Blue Ribbon, had a good mind and always flicked his ears and humped his back when he detected a dicey situation.

Another extraordinary thing about having Huck was that he broke down walls between people. I met new people all the time at the barn and on the trail and made some very good friends. Finding new friends can be tricky, but being with Huck eliminated all that.

My mom loved Huck, too. At least once a year, she would come to the barn to watch me ride and to give Huck – and every other horse in the barn – carrots. She even rode him in the barn aisle once.

My plan for Huck’s retirement – for him to have open space, buddies to hang out with and to just be lazy if he felt like it did not mesh with the (Wo)Man Upstairs. I just pray there are plenty of mares and carrots in Heaven. Goodbye sweet Huck. 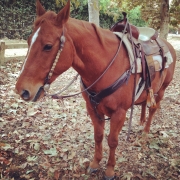 A Tale of 2 Horses 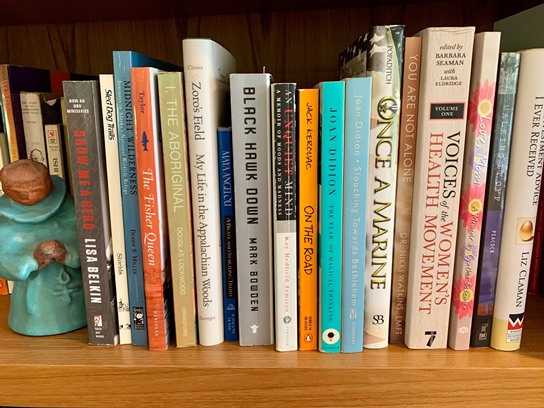